H-F, It’s Time Native Americans Get The Recognition They Deserve 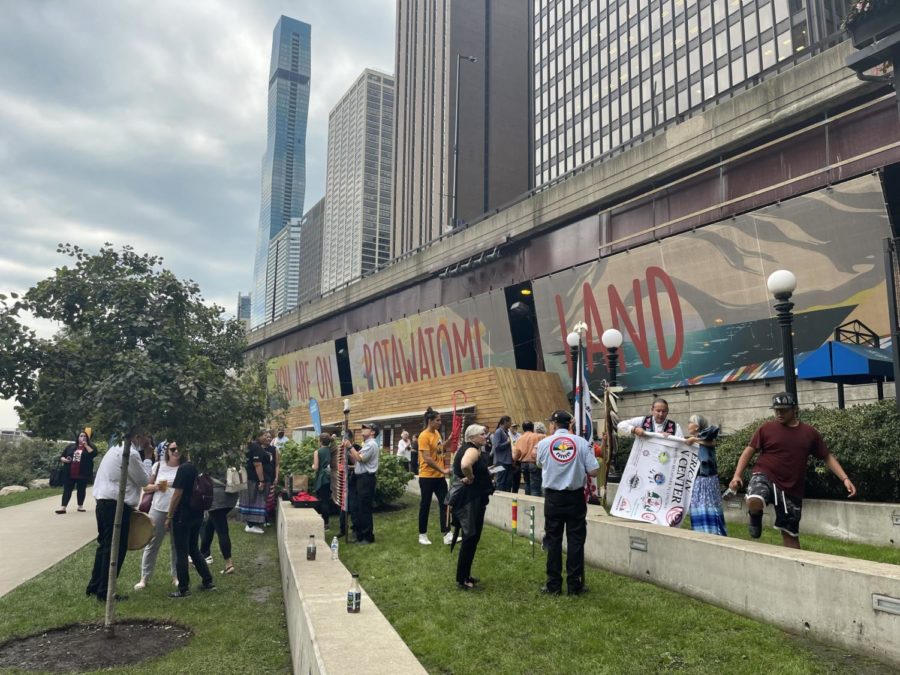 We are on Native American land.  We live in a suburb of the third biggest city in the U.S. whose name, “Chicago”, borrows the language of the Algonquins. Even such things we use today were created by Native Americans–the syringe, baby bottles, formula, petroleum collection and extraction, pest control and some modern pharmaceuticals–yet we barely hear credit given where it’s rightly due.

H-F has paved a way for students to have somewhat of a voice at our school, especially with the recent debate on the dress code. We recognize Hispanic Heritage Month as well as Black History Month. Why isn’t there more Native recognition here, H-F? And why do I feel like I’m the only one asking this question?

We all know the story of why we celebrate Columbus Day. We were taught it in elementary school. However, Christopher Columbus didn’t discover America and he was a terrible person, especially to Native Americans.

On H-F’s calendar, October 11 is still recognized as Columbus Day. However, state and local governments are free to use whatever name they want for October 11. So why doesn’t H-F also recognize Indigenous Peoples’ Day?

With Columbus Day, we recognize someone who committed genocide, sexual assault and forced Native Americans into slavery. With Indigenous Peoples’ Day, we could celebrate the people who truly were here in America first. Also, the many different tribes, foods and art made by Native Americans.

As someone who is Native American and attends H-F, I’d personally feel more comfortable if it were recognized. Mainly so I know people are for Native Americans and aren’t blinded by what America interprets Natives to be. Especially because a lot of students and teachers don’t know much about Native Americans or even the existence of them. Also because I hold a title as Miss Indian Chicago and am a representative for my Native community.

Furthermore, recognizing Indigenous Peoples’ Day is not all H-F could do. H-F can recognize Native American Heritage Month this November. To celebrate, many Natives such as the Navajo Code Talkers, Sitting Bull and Russell Means should be recognized for the great things they’ve done for Native peoples. This would allow H-F more inclusivity for not only me, but Native Americans in the area as well.

For my three years here at H-F, no one–a teacher, an administrator, nor fellow student–has ever acknowledged November as Native American Heritage Month. This is a shame, as recognition of the month  would give H-F the opportunity to educate not just their students about Native American issues we face today, but would also give the community an understanding of contemporary Native Americans and how they’re contributing to society. There’s so much Natives do such as bettering our environment and fighting for our rights as people indigenous to the land.

Even in U.S. history class, we learn little to nothing about Native Americans pre-colonization era. The only thing I learned about was the Ghost Dance and scalping, both of which perpetuate stereotypes of Native cultures. We learned nothing about Navajos helping America win World War II, creation stories or the residential schools that are being uncovered today.

Residential schools were instilled into America to “Kill the Indian, Save the Man”. They stripped mainly younger children’s (4-16 year olds’) identity to turn them into what America wanted them to be: White. Today, mass graves are being dug up of those same children from 1870-1990. The last residential school was shut down in 1996. American schools should be talking about this problem. A lot of people don’t know about the hardships of residential schools and the generational trauma that it caused Native Americans.

H-F needs to acknowledge the original people who were here. Especially in a class teaching American history. No colonizer would’ve been able to build a community and live on America’s soil without the help of Native Americans. They need to re-establish their curriculum to pre-colonization age and not just speak of the war side of Native Americans. These western textbooks will never teach us what really happened in America.

It took my English class (this year) to actually teach something more than Natives being looked at as “savages.” We were taught the Iroquois creation story and compared it to the Biblical creation story, while analyzing how Native Americans are stereotyped in Hollywood. While I was grateful for this lesson, H-F still has a long way to go to actually teach us something other than how Native Americans were colonized or even acknowledge that we’re still here.

According to CNN, on Oct. 8, President Biden issued a proclamation commemorating Indigenous Peoples’ Day. He is also the first U.S. president to do this. “The contributions that indigenous people have made throughout history — in public service, entrepreneurship, scholarship, the arts, and countless other fields — are integral to our Nation, our culture, and our society,” Biden said in a speech to the nation.

While I was glad to have someone like the president acknowledge Indigenous Peoples’ Day, it wasn’t enough. There’s still many vast lessons that need to be taught and Columbus Day shouldn’t be recognized at all. Just teaching the bare minimum on Native Americans after completely wiping them out of the curriculum shows ignorance to the Native community. We’re just barely scraping the surface of actual Native American history and representation–and we need to do better.