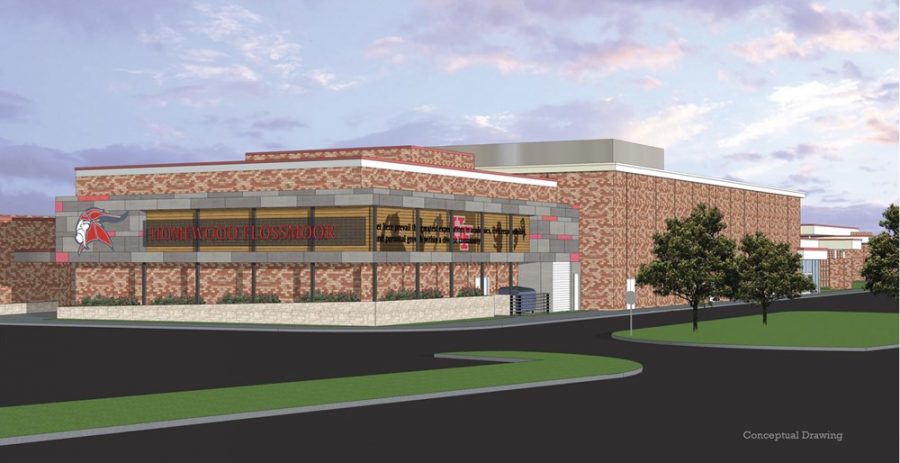 A new black box theatre, a visual arts gallery and an expanded fine arts wing could potentially be arriving soon as H-F moves towards the next phase of the Fine Arts facility expansion.

For nearly 10 years, H-F has been working to develop the Media, Visual, Performing Arts Academy as well as working within current and long term facility needs.

The Mall Auditorium has not been renovated since 2004 and Superintendent Von Mansfield said the Fine Arts Department is “next up” for renovation.

“We renovated the Viking Broadcasting Company and media center a few years ago. Now we are moving towards expanding and remodeling various parts in fine arts,” Mansfield said.

Fine Arts Department Chair Jackie Wargo said that she is excited for this renovation.

“This space will certainly give us more room for the MVP courses, such as the Collaborative Capstone in the senior year. It will also provide a space in the various fine arts areas that will be closer to what the industries are using today,” Wargo said.

Some fine arts classrooms may be moved around the school to create a department that encompasses music, theatre, and all arts classes.

Principal Jerry Anderson said that administration is still in the planning phases for deciding a blueprint layout.

There were several meetings held with students and parents to obtain input about the project.

“We have a rendering of what the layout could look like. We may move the art classes to the same area as our music and theatre classes. We don’t have single detail yet even though we have a artist rendering,” Anderson said.

Many community members were concerned with the price the expansion may cost.

No additional tax burden will be placed on the H-F community, according to the school board.

One out of three students are involved in fine arts courses, and there are over 50 fine arts classes.

Many students involved in theatre said this expansion will allow them to explore more within theatre production.

Freshman Morgan Barber is involved in choir and musical theatre. She is looking forward to her “future in fine arts at H-F.”

“These new additions will greatly impact my high school career in fine arts,” Barber said. “Rather than just being in a musical here and a play there, these renovations will allow me to truly invest in theatre year round.”

The Voyager • Copyright 2022 • FLEX WordPress Theme by SNO • Log in