Recently social media has exploded with stolen photos of nude celebrities. But it’s not just the rich and famous who are “exposed.” A disturbing trend of nude photos of teens posted online is not only unethical. It’s illegal. 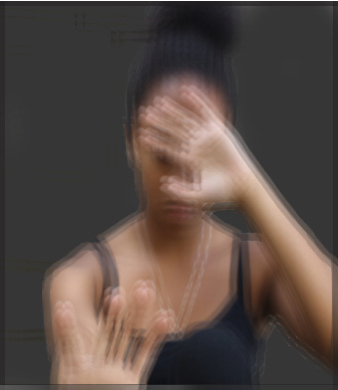 Imagine sitting at home one night and getting hundreds of electronic notifications saying that a revealing photo of you has been published on the  Internet ­- without your consent.

This is an all-too common occurrence for young women. A Voyager survey conducted last week shows that 67 percent of students know someone who has had nude photos posted online by a friend or ex-boyfriend.

Posting nude photos of minors is illegal. However, 31 percent of those surveyed said they did not think it was wrong to view these photos.

This is not only an H-F issue. Constant access to cellphone cameras and social media has made it a modern day teenager issue.

A teen in San Francisco was responsible for creating  multiple Twitter accounts, where he  posted nude photos of girls and marked them #twitterpurge in an attempt to mimic the movie The Purge.

Something similar happened this February in Raleigh, North Carolina, where almost 70 sexual photos of different students were posted online and police charges were filed.

The Voyager interviewed two girls who say they had nude photos posted online by ex-boyfriends. Their names have been altered to protect their identity.

Anna Scott was only 15 when she found out that her then boyfriend shared a revealing photo of her on Instagram.

The picture was up for about a day before being taken down. Many of her peers saw it.

Scott said she was hurt that someone she cared about would share the photo.

“I don’t see why you would do that to someone who you once told you had feelings for you,” Scott said.

“I think it’s difficult to handle it emotionally,” she said. “I think you need to move forward. Time helps with many things and fades some of that initial reaction some of the students have.”

Now 16, Scott advises other girls to not share compromising photos with anyone.

“I was definitely embarrassed, to say the least … it made me more careful and changed the way I viewed boys in general,” she said. “I try to tell (other girls) that it’s not worth it – in any way.”

In a recent interview, actress Jennifer Lawrence called the theft and release of the photos a “disgusting” “sex crime.”

But many critics are quick to blame the girls for taking the photos in the first place.

“Victim blaming is not new to just this particular issue. We see it in cases of rape and domestic violence, to name a few,” Green said.

Many of the teens involved in these cases are too trusting. They need to better protect themselves, she said.

“I think the majority of girls who send nude photos of themselves are doing it because they feel that they are in a trusting relationship with the person to whom they are sending the picture,” she said.

Rather than blame teenagers, more should be done to educate them, Green said.

“That trust and privacy then becomes violated when those pictures are shared via the internet. I do not think these girls are to be blamed, but I do think that teens need much more education so situations like this can be avoided.”

All Illinois high school students are  required by law to be educated about the dangers of  internet privacy, but there is only so much educators can do, according to Assistant Principal Craig Fantin

“I don’t know how we can address it anymore than we do,”  he said. “We try to make the students aware … a lot of it has come to the parents and monitoring their students’ activities.”

Principal Ryan Pitcock says there is a simple solution.

“Don’t do it. There’s no reasonable justification,” he said. “There’s absolutely no upside, and it’s just not a smart, prudent decision — and one that is really indefensible.”

Pitcock said he sympathized with a generation that has instant access to technology because they may not always consider the risks of using it, and he said that the school could invest more time in speaking to students about the reality and permanency of posting nude photos online.

“The unfortunate thing for the kids who are growing up now is that it’s really the only world they know,” Pitcock said.

He also said students need to be more educated about the decisions they make. The things students share will most likely not stay private.

“Everybody who uses it should be very careful as to what to they post, what it is they say and any kind of pictures they put on there because it goes into this “cloud” that is available to all comers,” he said.

There can be serious repercussions for those who share nude photos. Fantin said all students involved with the photo, whether they take it or post it, can be held legally responsible.

“If the person’s under 18, that’s considered child pornography,” he said. “So whoever sends that out can be charged – the girl could get charged. Each is taken on a case-by-case basis.”

Public Humiliation
Another victim, senior Julie O’Brian, said she was afraid after a nude photo of her was posted online.

“What were my friends and my family going to think about me now?” O’Brian asked. “It was definitely an eye opener. I knew only to trust certain people now and to watch who I talk to.”

With the exception of a few people, O’Brian says she felt lucky to have such a strong support system.

“Some of the people were laughing, but most people were comforting me,” she said said.
O’Brian, who said she never saw it coming, admonishes the boys who  participated.

“They’re childish, and they should grow up because these girls are putting their trust into you, and you’re taking advantage of them.”

If you want a picture to show with your comment, go get a gravatar.

The Voyager • Copyright 2021 • FLEX WordPress Theme by SNO • Log in